Home » Winter 2009 » The Commonality of All Teaching “Systems”

The Commonality of All Teaching “Systems” 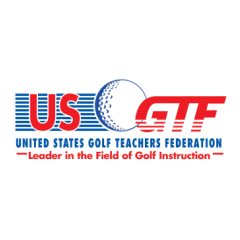 I’ve been teaching golf for nearly 20 years now, and over the years I think I’ve just about seen it all when it comes to teaching beliefs. Of course, as soon as I say that, something new and out of the blue will pop up. The most recent “hot” teaching trend is the stack-and-tilt method as developed by Andy Plummer and Mike Bennett. These two fellows have a stable of over 20 touring professionals using their system. Basically, stack-and-tilt is a belief that the weight should remain on the forward foot during the swing. Plummer and Bennett believe that it makes no sense to transfer weight to the back foot when, according to them, it is simpler to just keep it on the forward foot during the swing.

Of course, this is not new. USGTF member Randy Cayson, a current member of our examining team, was a proponent of this theory over 10 years ago, calling it a “single-pivot” swing.

Remember when Moe Norman’s swing and Natural Golf were all the rage? Devotees of Moe were adamant that his swing was far better mechanically than the so-called “conventional” swing. I even personally know of one proponent who got very angry with me over a column I wrote a number of years ago that called into question the belief that Moe’s swing was automatically the best for everyone. The amusing thing about this fellow is that he practiced hours on end each day for a few years, and yet, to the best of my knowledge, never improved his game.

Bob Toski and Jim Flick strongly believe that the hands control the golf swing, while David Leadbetter believes the big muscles do. Jimmy Ballard teaches students to load up and fire off the right side. Other teachers advocate left-side control.

Yet, despite all the differences of opinion on exactly what the best way to swing a golf club is, there is one common factor that each and every system has: a retention of the angle between the lead arm and clubshaft until impact, when the lead arm and shaft straighten out.

In fact, if there is any secret to the golf swing, that is it.

This fundamental was highlighted in the book Search for the Perfect Swing, written by Alastair Cochran and John Stobbs back in 1968. In fact, it was the basis for the whole book.

A student of mine named Frank is a fairly good player, regularly shooting in the low 80’s. He came to me wanting to shoot in the mid- to high-70’s more often. Frank has a pretty typical swing for a male golfer in that he sways his lower body on the backswing, counterbalancing by reverse-tilting his upper body. He had a fairly strong grip, necessitating a blocking action through impact in order to avoid hitting a hook.

The first thing I did was neutralize his grip and have him release the club properly. Predictably, his ball flight got very inconsistent, but I felt this was a necessary adjustment in order to effect permanent improvement.

The next order of business was to correct his pivot action. Well, this proved to be a problem. No matter what I did, he kept swaying and tilting. I consulted David Vaught, one of our fine examiners, and he gave me some great ideas. Still, nothing worked (sorry Dave!), as Frank’s muscle memory proved to be stronger than anything I’ve seen in awhile.

In fact, as time went by, on videotape Frank’s early release got even earlier. Although he retained his belief in me as his teacher, I began questioning why all my best efforts went for naught. After thinking about the problem for awhile, I came to the conclusion that, no matter what, I needed to get Frank’s release timed properly.

We all know that the release is a result of other things done properly in the swing. But, could we bypass all the other stuff and just go to the release? It was worth a try.

When I next saw Frank, I showed him how to lag the club during transition, and thereby retain the angle longer. To describe the exact way of how I did this would necessitate some heavy reading and writing, so perhaps I’ll leave that for a future article. In any event, I did not mention any other instruction, nor did I want him to focus on anything else except lagging the clubhead to start the downswing.

To make a long story short, it worked. He’s picked up some yardage and doesn’t hit the ball all over the place anymore on his bad shots. Although Frank is obviously still a work in progress, at least we finally started making progress. He still sways and reverse-tilts, but I am resigned to the fact that he simply cannot change this.

The moral of this story is that I went to the one fundamental that every teacher agrees on. The closer you can get your students to this fundamental, the better.